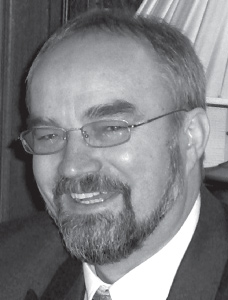 Prof. Dr. Gjorgji Filipov, the former Ambassador of Macedonia in Vienna Austria, was born in Kavadarci, Macedonia, on October 26th, 1956.
Upon acquiring a diploma as Dipl.-Ing. at the University of Skopje, Mechanical Engineering Faculty in 1981, followed by a Master in 1985, he obtained the doctor title (PhD) in 1998 at the same University in the field of Industrial Property. The title of the doctoral thesis was: „Industrial Property as an Indicator for Technological Development“. He is also a Patent and Trademark Attorney. Dr. Filipov speaks fluently Macedonian (mother tongue), English, German, Bulgarian, Serbian and Croatian, and has a working knowledge in Russian and French.
Dr. Filipov started his Career in “Rade Koncar Stock Company”, the largest manufacturer in the electrical, mechanical and energetic field in former Yugoslavia. He succeeded in climbing the managerial pyramid from the basic engineering performances, through active inventive design solutions of flexible automation lines to the top management team of the company. Namely, most of the positions that he held in “Rade Koncar Stock Company” were managerial, such as: Manager of Automation Department, Director of Specialized Machines and Electronics BU, Commercial Director of Welding, Cutting and Automation BU and finally Marketing Director of the whole Koncar Stock Company. During his working period in the company he was involved from the very beginning in relations with inventors and their associations, as well as with the patent system of the country. Simultaneously he was engaged in various voluntary functions in the Yugoslav and Macedonian Chamber of Commerce.
After 12 years of working in the field of Engineering, Dr. Filipov - already known as a President of the Inventor’s association in the Koncar Company has founded the Intellectual Property Agency “Berin - Marketing, Research and Development” which is today one of the leading IP Agencies in Macedonia and the region of South-Eastern Europe. Up to now, Dr. Filipov is Chairman of the Board of Directors of the Company.
In 1993, after an honorable invitation from the Minister for Development and from the Prime Minister of the Macedonian Government, Dr. Filipov founded the first State Industrial Property Protection Office of the Republic of Macedonia in Skopje and became its first Director until 1999. He successfully opened the door for Macedonian inventors to the international arena. At the same time, by acceptance of foreign applications and granting protection of IP rights in the Republic of Macedonia, the country became a part of the world IPR community. In 1996, under his guidance and auspices, the Macedonian inventor Vanco Dimitrov won the Grand Prix of the International Jury on the Brussels’ World’s Invention Exhibition „EUREKA“. Dr. Filipov also prepared the Agreement for extension of EPO patents to Macedonia.
In the meanwhile he is involved in various international organizations dealing with IP matters (WIPO, FICPI, INTA, and IFIA). He wrote several books and held numerous lectures on IP Topics at various Seminars and Symposiums and was present at all important exhibitions of inventions in the world. He used to be a Chief-In-Editor of the Magazine “Intellectual Property Law and Management”, WIPO lecturer on symposiums held in Europe, Africa and Asia, Consultant of Luxembourg's Government for IP Projects in Macedonia and is still a professional consultant in the field of Intellectual Property in many companies.
Since 1999 he is a Professor of Intellectual Property, as well as Marketing & Management in Information Technology at the University of Skopje.
In 2005 Dr. Filipov was appointed as the Ambassador of the Republic of Macedonia in Berlin, Germany.
From 2010, he was an Ambassador of Macedonia in Vienna, and a non residential Ambassador of Macedonia to Japan (since 2011), as well as to the Slovak Republic (from 2012).
In March 2013, Prof. Filipov was elected to be a member of the "European Academy of Sciences and Arts" with headquarters in Salzburg, Republic of Austria. 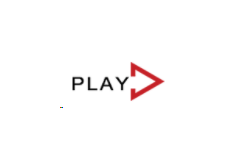